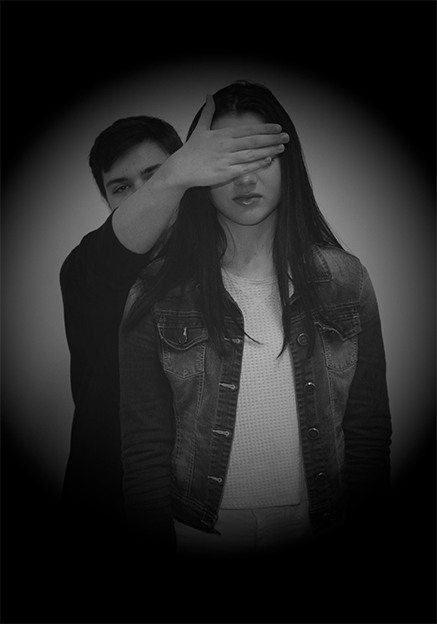 Lured away by the criminal.

A gun pressuring the head of a racing heart.

Into the night– silenced and kidnapped.

Rohypnol starts to spread through the veins of the innocent. Feeling sleepy, the confusion grows. And suddenly when sight and sound return, there is an instant death of memory. The horrific introduction of an unwilling prostitute to the world of modern slavery. Sex trafficking. Trapped with no escape, the abuse continues. Physically and mentally, hundreds of thousands of human beings are owned, in every aspect, by monsters. “Persons who lack the ability to walk away. Who lack the ability to make a decision in their own self-interest to do something else. If that’s not considered slavery, what is?” Remarks ABC action news. The intensity an individual experiences is inconceivable, so terrifying it’s unimaginable.  This can happen to anyone. Being aware puts the world one step closer to stopping the torture. “Human trafficking is the act of recruitment, Transportation, harboring, or receipt of any persons by use of threat or violent coercion, and giving payment to non-consenting persons, for the purpose of exploit-ion.”

Many times, young girls’ cultural surroundings may force them into sex slavery. When their parents are jobless, dirt poor, or maybe their mothers may have become too ill or too old to sell their body anymore, a family desperately in need of money, turn to their children. They send them away, often in the hopes of a better life, often into the horror of being taken advantage of sexually. Unfortunately, this force of labor in most cases is inescapable. All it takes is the wrong person, wrong place, wrong time, and the child is chained to sex slavery.

When there is no law enforcement present to stop or impede on someone’s abduction, there is nothing stopping the animals who take people and force them to obey sexual demands. The injustice doesn’t just stop at the acts they perform. Living conditions that the victims are forced to endure are, as defined by UNODC.com, “…nearly unthinkable and no citizen of any country should be forced to live in these conditions.” That’s just from an accumulation of living conditions of American victims… one of the most developed countries in the world. The conditions of victims in the third world or underdeveloped countries often times cannot be officially reported on, but many times are described as much worse than those in Americans, by victims. Diseases are inevitable under these conditions, so passing them on to the other people that exploit the victims, in turn, becomes inevitable as well. Often times, in countries, such as Cambodia and the Philippines, men are seen as the victims in sex slavery, due to how they will commonly contract STDs and common viral infections from having intercourse with the victims. This adds to the trauma, emotionally, from the total experience, leaving the victims to feel as if they have faltered.

Efforts made by governments may go almost unnoticed by victims of sex slavery, but there is one act that may bring an end to these disgusting acts. Many times the world is oblivious and uncaring about issues concerning injustice of this magnitude. Victims who are now ‘freed’ and speaking out will forever be the most effective in putting an end to this atrocity. The words of survivors may inspire one, two, three people, to go against the acts that are being committed. They are words that should be heard by everyone. Worldwide. They are words that should inspire all to go against this terrible injustice. Words that should ring out and never die.