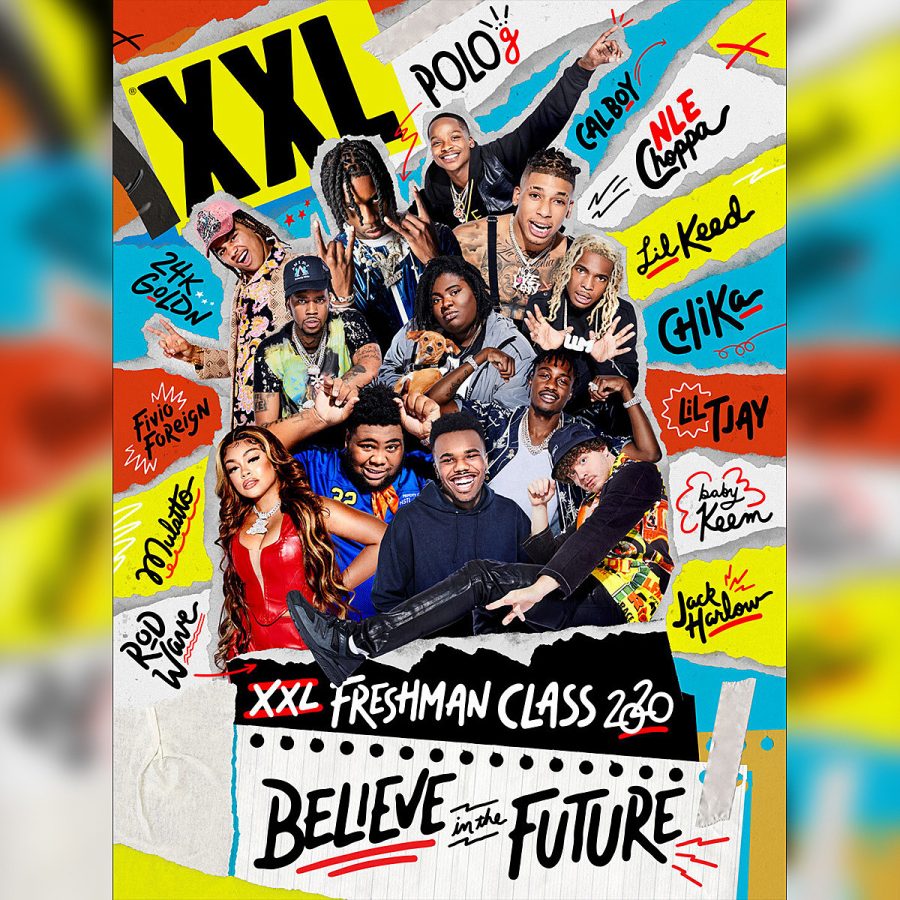 XXL is one of the most popular hip-hop centered magazines in the modern world. Since 2007, they have released a list of their new top artists for the year, called the “XXL Freshman Class of (insert year)”. This list will typically be around ten to a dozen artists. After seeing how crazy this year has been, however, many fans were left wondering if there would be a Freshman Class released at all. Luckily, XXL came through, and fans still got a 2020 Freshman Class. This year’s list featured 12 artists: Polo G, Jack Harlow, Lil Keed, NLE Choppa, Lil Tjay, Rod Wave, Baby Keem, Chika, 24kGldn, Mulatto, Calboy, and Fivio Foreign. It is a tradition that every artist who makes the list is expected to perform a freestyle without a beat, and a group freestyle with a beat called a cypher. I’m writing about the two major factors to consider when discussing the list: those who made it this year, and those who did not.

Out of the rappers chosen for this year’s Freshman Class list, I first want to focus on Polo G. Polo G is many people’s favorite rapper on the list because of his lyrical ability and his flow. He is a Chicago born rapper and often raps about his story and life growing up in the city. Next on the list is Lil Tjay, who is another popular rapper and is almost equally favored. The New York artist is enjoyed by many for his voice and lyrics. Another New York rapper on the list is Fivio Foreign. Many know him for his choppy flow and over drill-style beats and is considered an up-and-coming rapper is known mainly in New York. NLE Choppa is another fan-favorite on the list. The Tennessee native is best known for his fast flow and high energy.
One of the lesser-known artists on the list is Baby Keem. The east coast rapper is best known for his upbeat songs and high-quality production. Lil Keed is an Atlanta-born rapper famous for his vocal inflections and is signed to Young Thug. Jack Harlow is a new rapper born out of Kentucky. His song “What’s Poppin” brought him his fame and popularity, and is the reason many know him today.
However, Chika is arguably the most known artist on the list this year. Despite being known to rap, the Alabama native is full of confidence and energy; and her fans know her for her lyrical ability and musical storytelling. Mulatto is the other female rapper on this year’s cover. Like Chika, the Ohio rapper is full of confidence and has a boss attitude. Typically XXL Freshman lists have at least one RnB-style rapper and this year that’s Calboy. The Chicago artist is best known for his voice and style that mixes RnB and rap into one genre. The other RnB style on the list is 24kgldn. The California rapper is fairly new to the rap community and is known for his melodic flow and upbeat songs. The final artist on this list is Rod Wave. Rod Wave is a Florida rapper known for his melodic flow and lyrical ability to tell the story of how he made it big.
Every year there are many artists who apply to be on the list and do not make it. Many fans were disappointed to see that some of their favorite artists did not appear on this year’s list. There can be several reasons as to why an artist doesn’t appear on the list; some examples are scheduling issues, declining the list entirely, death, and not being selected to appear as an XXL freshman. One artist many expected to be on the list was the late Pop Smoke, who was sadly shot dead in February. Many fans (including myself) loved his music and were sad to see him die before he could take full advantage of his career. Don Toliver was another rapper who many fans were surprised to not see on the list. We don’t know the official reason as to why he was not selected, but many fans assume it was because the Texas rapper declined to appear on the list. Another artist who many were surprised to not see was Lil Tecca. Like Don Toliver, many assume the New York artist declined to be on the list as well.

Overall, was the XXL Freshman Class of 2020 good? I think so. After watching the individual freestyles and the group cyphers, I personally really enjoyed this year’s list. The groups all seemed like they had good chemistry together, and each brought their own unique energy. Most of the artists performed well and I think XXL did a solid job of picking the right artists for this year’s Freshman list. Unknown artists like Baby Keem and Chika have been put in the spotlight for new fans to discover and enjoy. Because of the quality of the freestyles and the cyphers, I would probably rate this year’s Freshman List a 7 out 10.