My experience with Cyberpunk 2077 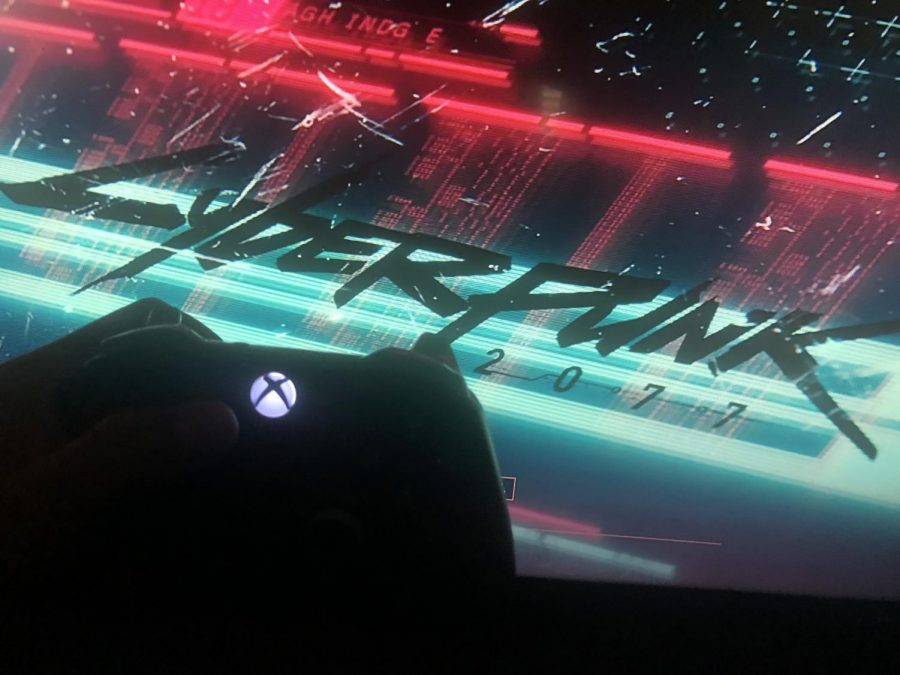 When cyberpunk released on December 10th, it was highly anticipated and many thought it would have a successful launch with minimal flaws. Well, people thought wrong, the game had a rocky launch filled with bugs and flaws and people weren’t happy. A ton of people wanted refunds and it went so far that PlayStation took it off their store. Last gen console players were probably the most upset because of the performance. It was practically unplayable and unsettling to them. On the other hand, other gamers really didn’t mind some of the bugs and flaws and enjoyed the game’s story. I bought the game 3 weeks after launch on the Xbox One S, a last-gen console and you’d be surprised on what I have to say.

My thoughts on the story
In my playthrough of the game, I was very focused on the choices I made because the things you do matter and it’ll affect how people think of you, so I made sure not to mess up. In character creation there are 3 paths to choose, there’s Nomad, Street Kid, and Corpo. I chose Street Kid for my first playthrough and then on my second I chose Corpo. You also get exclusive dialogue options for each life path which I found to be cool and unique because other RPG games or any, in general, don’t do that. One other thing about the story I found interesting was that if you failed a mission, the game would continue no matter what happens, so for example if I’m supposed to deliver something to someone and I just don’t go or fail the mission, the game still goes on. The plot and ending of this game are what separates it from others and make it stand out. I can’t really explain what happens in full detail because I’ll just end up spoiling it. The plot revolves around you doing a mission to steal some high-tech relic from a big corporate organization to sell for a ton of money, the mission goes bad quick after you get caught. That’s the first part of the game, the second part is way more complex. Out of the many endings this game has, I probably got the worst one. I will eventually get all 6 of them but it’s too much of a hassle. But overall, I enjoyed the story a lot.

My encounters with bugs and crashes
As I said earlier, I am playing on the last-gen Xbox (One S) so I was expecting a ton of annoying bugs but, it wasn’t as bad as people said it was. My game only crashed 3 times, and yes that might sound bad, but it isn’t if you think of it. The bugs on the other hand were minor and didn’t really annoy me that much. The only thing I had a problem with was the graphics and some of the settings. When running on all high graphics my game was constantly freezing up and getting low fps but when I turned everything off it was way better. Yes, the game still looked very grainy and unpleasant, but I didn’t mind it that much, I was only really focused on the story and game itself.

What I think should be added and changed
For obvious reasons this game isn’t perfect and there’s a lot of stuff that should and could be added. There was an already confirmed release for multiplayer and co-op in the future as well as multiple DLC additions. Here are some things that I think should be added to those future releases. For starters, I’d like to see the addition of being able to buy different houses in the game, this was supposed to be with the game at launch but CDPR got rid of its last minute. The house that defaults to your character is small and bland so this feature would be necessary for some. Also, Night City is very diverse, and I’d like to move to places where there’s a ton of mansions and open land. It would also be cool to live in a nice high-rise apartment. Another feature is vehicle customization. This was also supposed to be with the game at launch but also got deleted. Cyberpunk has a large plethora of vehicles to choose from and many players including myself would like to be able to customize my new 100-thousand-dollar car. I was a little disappointed that they got rid of this because when I saw the cars I was just imagining how cool they would look with other features. One final thing id like to see added is new ways to make money. Your main source of income is from doing side missions, gigs, and doing the main story and honestly, I’m not a big fan. The pay isn’t that large, and the work could sometimes be very tedious so I think adding a new way of getting money besides glitching would be nice.

My final verdict on the game
I really enjoyed this game, not nearly as I expected it to be but regardless, I’m satisfied. But was It worth the 3 delays? No, and here’s why. Although I had fun roaming through night city, I still think there was so much potential wasted. To be honest, CDPR should’ve delayed the game once more to prevent the game from being filled with bugs and giving them a bad reputation. Bug-free, I would’ve given this game a 10/10 but it’s more of a 7/10 and it hurts to say it. It’s just that there was so much wasted potential with cyberpunk that could have possibly made the best game ever.