The History of Impeachments Past 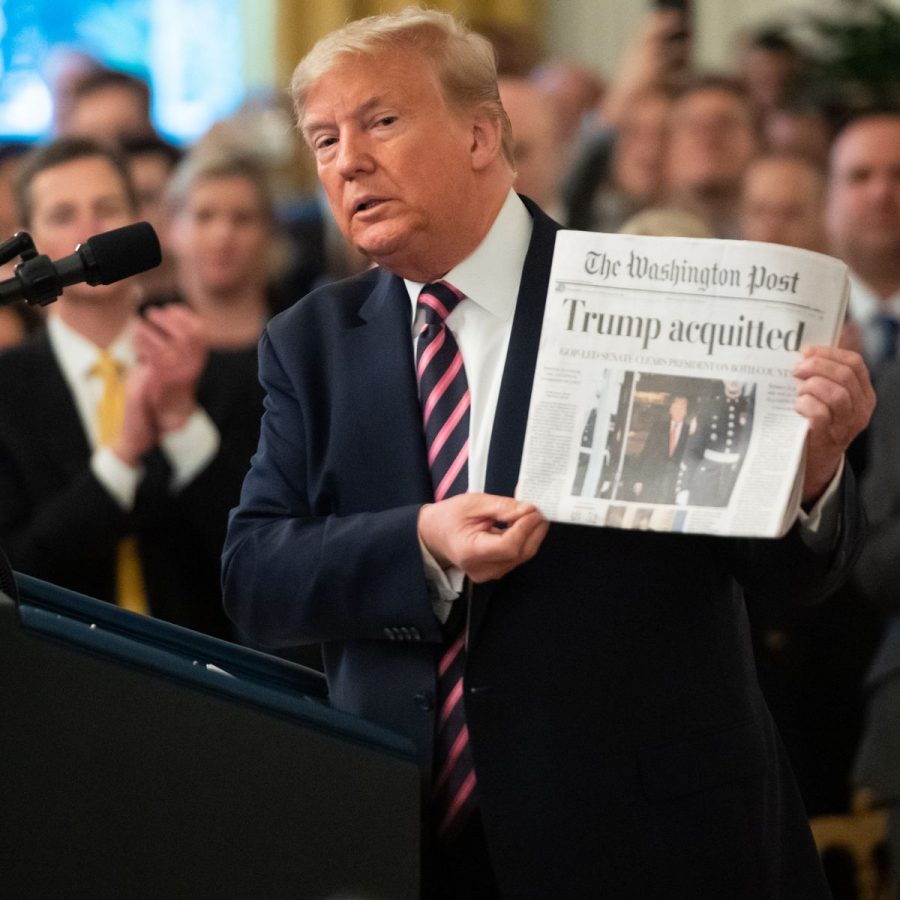 What is “impeachment”? This is a word that has been thrown around a lot for the past couple of weeks due to Donald Trump’s second impeachment. But what is the act of impeachment exactly? What is the process? Who can be impeached? And most importantly, why is it so relevant now? To answer these questions, we must go back in time to the creation of the Constitution and see what it says about impeachment.

The first question to answer is who can be impeached? According to Article 2, Section 4 of the Constitution, “The President, Vice President, and all Civil Officers of the United States shall be removed from Office on Impeachment for, and the Conviction of, Treason, Bribery, or other high Crimes and Misdemeanors.” While this tells us who can be impeached and what they can be impeached for, there are still many questions that need to be answered which are often skipped over when discussing it. The main question is simple; what is the process?

First, the House of Representatives charges somebody holding a government position by approving articles of impeachment. The way they approve these articles is by voting – they will either vote to continue with the impeachment process, or to not go through with it at all, with the majority vote winning. If the majority of House Members vote to continue, the process goes on to the Senate, and a committee called “The Managers” act as prosecutors. Senators look over the evidence, hear witnesses, and then vote to either acquit or convict the individual in question. But unlike the vote in the House of Representatives, a two-thirds vote needs to be made, not a majority. That means that even if the majority of Senators vote to convict the official, it may not go through. That is what has happened with all of the officials tried to thus point, including Donald Trump’s first impeachment.

But what about the consequences? What happens to the convicted person if two-thirds of the Senate agree to impeach them? Well, the first thing that happens is that they are removed from office. Sometimes, the Senate also agrees that the convicted official can never hold public offices again.

Only three of our forty-six presidents have ever been impeached: Andrew Johnson, Bill Clinton, and most recently, Donald Trump.

The first president to be impeached was Andrew Johnson. Johnson removed his secretary of war, Edwin Stanton, from office in 1867. This breached the Tenure of Office Act, an act that states that the president cannot fire important officials without first getting permission from the Senate. When Congress found out that Johnson replaced him, they reinstated Stanton. Johnson then fired Stanton on February 21st, 1868, and Congress was not happy, once again. Just three days later, the House of Representatives impeached him on violating the Tenure of Office Act. 35 people voted him guilty, and 19 voted not guilty. Even though the majority of people voted him out, it was not the two-thirds needed for a conviction, and he was acquitted on May 26th, 1868.

Bill Clinton was the second president to be impeached. In early 1994, he was dealing with scandals that started with financial investigations known as the “Whitewater Scandal,” when he was additionally sued by a woman named Paula Jones for sexual harassment; yet in response, he argued that he had presidential immunity from civil cases. In 1997, the Supreme Court rejected his argument, and a year later, he denied under oath that he’d ever had an affair with White House intern Monica Lewinsky. However, news of his affair went public, and in August he acknowledged that he had an affair with Lewinsky. In October 1998, transcripts of recorded conversations that contained Lewinsky talking about the affair were leaked.

The House of Representatives voted to impeach him on October 8th, 1998, on 11 grounds. December 11th, the House approved three articles: Alleging he lied to a grand jury, committing perjury by denying his relationship with Lewinsky, and obstructing justice. The next day, a fourth article was approved, accusing him of abusing his power. On December 19th, the House impeached Clinton for two of the four articles: Perjury and Obstruction of Justice. He was tried by the Senate on February 12th, 1999 for both accounts where the vote was almost tied, but not enough to reach the two-thirds requirement. He was acquitted.

The last president to be impeached was Donald Trump, who in December of 2019, was impeached on two accounts: Abuse of Power, and Obstruction of Congress. The House started an impeachment inquiry on September 24th following a whistleblower complaint, claiming tha he abused his political power while seeking investigations into Democrats. They investigated whether Trump withheld military aid to Ukraine to try and pressure the country into conducting and publicly announcing an investigation into the Biden family. Trump denied these claims. On December 18th 2019, the House voted to charge the President on both counts. On February 5th the case went to the Senate, who acquitted him.

Fast forward to January 2021, and Donald Trump is being impeached again, this time on inciting the insurrection of the Capitol building on January 6th. The House of Representatives will now bring the articles of impeachment to the Senate, and the vote is currently pending. Even though Donald Trump is no longer the president of the United States, the Senate can still vote to convict him, and they have an option to prevent Trump from holding federal office again.

There have also been a few presidents who have faced impeachment threats, but weren’t actually impeached, such as James Buchanan and Richard Nixon.

On October 8, 1859, a man named John Covode spoke in a gathering at Lafayette Hall, where he attempted to indicate that President James Buchanan was a part of many printing frauds. The argument between Covode and Buchanan attracted many different newspapers and parties, and soon, news of this fraud was nationwide. John Covode established the Covode Committee on March 5th, 1860. The committee looked into Buchanan to try to convict him, but they found that he did not do anything that justified impeachment. On the other hand, it did find that his administration was the most corrupt since 1789.

Probably the most famous president for receiving impeachment threats was Richard Nixon, from 1973 to 1974. Nixon was impeached on three accounts: Obstruction of Justice, Abuse of Power, and Contempt of Congress. Nixon is probably most known for something called the “Watergate Scandal” which took place when Nixon was running for president. A security guard found clues that CIA and FBI agents had broken into the offices of the Democratic Party, listened into private phone calls, and stole classified information. It was later revealed that Nixon helped cover everything up and may have even hired the people who did it. But knowing that the Senate would most likely convict him, he resigned on August 8th, 1974; the only U.S President to ever do so.

Now for the burning question – why is this impeachment so monumental? Why is this the most historical impeachment in the history of the United States? Simply put, it is because Donald Trump is the only president in U.S. history to be impeached twice. Nothing like this has ever happened before in the history of our country. It doesn’t matter whether you are a Democrat or Republican; there is no denying the fact that this impeachment will be remembered for generations, and will influence our government for a very long time.